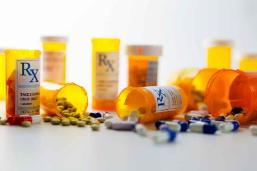 Our organic research areas of interest include studying the structural bases of chemical phenomena such as molecular recognition and molecular sensing, discovering new photochemical processes, designing and synthesizing molecules and polymers based on the discovered photochemical processes, synthesizing complex natural products via asymmetric catalysis, developing photo responsive tools for understanding the brain, and studying the polymer flammability and developing new nanocomposites and polymers.

The Brown group designs and synthesizes compounds that act as sensors for analytes of interest, such as hydrazine (a useful but toxic rocket fuel). Our main focus is on the “sensing event”, the molecular interaction that creates a spectroscopic response. Other projects concern the biological phenomenon called “quorum sensing”, and unconventional applications of NMR spectroscopy.

Liao group have been studying molecules that can be reversibly converted to strong acids or strong bases. These molecules, which are called “photoacids” and “photobases” can be used to control proton chemistry with light.   The metastable-state photoacid discovered by the group has been widely applied to various chemical, material, and biomedical areas for reversible control of proton concentration and related chemistry with light.

Carbon monoxide (CO) is a gasotransmitter, which has shown many therapeutic effects in previous studies. Controlled delivery is critical for utilizing the beneficial effects and avoid the toxicity of CO. Liao group have been working on nanocarriers of CO releasing molecules (CO-RMs). They reported the first ultrasound responsive CO releasing material recently and the first organic photo-CORM years ago.

The average human brain has nearly 86 billion neurons. They are interconnected with each other at junctions known as synapses.  Each neuron can have easily over a 1000 such synapses.  To understand this colossal maze of neural networks, neuroscientists lean on the power of small molecules that turn on specific pathways. The Nesnas lab develops light responsive molecules that can be activated at specific synapses. The molecules, often referred to as caged molecules, are inert (hence the term cage) unless they are released (uncaged) by light. Neuroscientist collaborators use our molecules to help map the complex neural network to better understand elusive neurological diseases.

The Nesnas group collaborates with the University of Arizona on the development of vitamin A derivatives (also referred to as retinoids) to help “visualize” the process by which the retina activates neurons enabling our visual perception.  The ability to synthesize deuterium enriched labeled retinoids allows our collaborators to track the movement of the light sensitive molecule in the retina (known as retinal) with precision using solid state Nuclear Magnetic Resonance (NMR) techniques.

The Nesnas group is also collaborating with the Guisbert labs (FIT) to synthesize active HSF1 inhibitors that play a key role in tumor suppression.

The Nesnas group recently began investigating possible anabolic steroid modifications to generate standards for mass spectrometric analyses in an effort to develop means for rapid identification necessary for anti-doping initiatives. This is a collaborative project with the Chouinard group (FIT).

The Nesnas group has long been involved in revealing mechanism of various chemical processes. This ranges from light initiated processes at the neuronal junctions to the vast water treatment technologies and environmental remediation. Understanding the precise mechanisms of important processes is essential in developing improved molecular designs suited for their optimal applications.

Natural products are the secondary metabolites (small organic molecules) produced in organisms and have long been the source of the great majority of drugs and drug candidates.  Indeed, 78% of the antibacterial compounds and 74% of anticancer agents available today are either natural products or their chemical derivatives. The complete chemical synthesis of natural products is the first and key step in such drug discovery endeavors that aim to treat currently incurable diseases.  The researchers in the Takenaka Lab are currently working toward the complete chemical synthesis of the alkaloid Acutumine isolated from the moonseed Sinomenium acutum.

Drug therapy is among the most successful and reliable treatments for various health issues. However, it is impeded by limitations in chemists’ ability to make the absolutely “correct” drug molecule in a timely and cost-effective manner.  The development of artificial enzymes is a new approach in chemistry dedicated to the preparation of molecules with defined 3-D structure (molecular shape), and is of paramount importance to the drug discovery and development because the function of a drug is determined by its overall shape.  Researchers in the Takenaka Lab have developed a new class of artificial enzymes that shape-selectively synthesize molecules with the desired 3-D structure from easily available chemicals.  Such technology will provide scientists ready access to precious medicinally active agents, and thus will not only accelerate the drug discovery process, but also lower costs of prescription drugs.