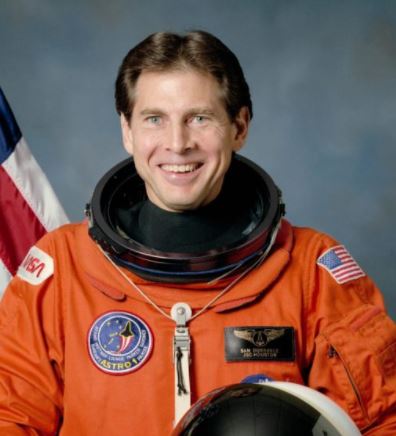 Dr. Durrance has an interdisciplinary research and education program in long-term human space exploration. The hazards associated with long-term exposure to the space environment, such as radiation damage and the loss of bone mass, are not sufficiently understood to determine whether they pose acceptable risks or not. Research focused on these hazards is critical to sustained human presence outside the protective environment of the EarthÂ’s atmosphere and magnetosphere. This program uses the Space Life Sciences Laboratory (SLS Lab) at Kennedy Space Center (KSC); as well as labs at Florida Tech.

Lunar dust physics: Enabling technologies must be developed, including systems to mitigate the damaging effects of dust contamination; technologies that use the local planetary resources to produce consumables such as oxygen, water and rocket propellant; food production systems; innovative range technologies and many more. We are currently studying the induction charging characteristics of lunar dust.
Bone Loss: The objectives of the bone project are (1) to provide a dynamic model of the structure and function of bone in response to loading with sufficient precision to predict the effect of any arbitrary loading history and (2) to develop and refine new countermeasures against bone loss.
Radiation damage: Solar and galactic radiation is a major hazard to space crews during long-duration flights and planetary bases beyond the EarthÂ’s magnetic field. Intense solar flares can induce acute radiation sickness, galactic cosmic rays can kill brain cells that the body cannot replace, and all forms of radiation can induce cancer. The only known safety measure is shielding to prevent the high-speed particles from reaching the crew.

Dr. Durrance is has an interdisciplinary research and education program in astrobiology addressing three fundamental questions: How does life begin and evolve? Does life exist elsewhere in the Universe? What is the future of life on Earth and beyond? Research addressing these questions is highly interdisciplinary involving fields such as physics, biology, chemistry, geology, and planetary science.

Extrasolar Planets: Most of the newly discovered planets have been found using indirect techniques, where the planetÂ’s effect on light emitted from the parent star is detected, not the light emitted by the planet itself. The most likely technique for detecting life on these planets is a detailed analysis of their spectra; therefore, we are developing a system that may be able to detect IR emissions from exoplanets using large, ground-based telescopes along with Very Long Baseline Interferometry (VLBI) techniques developed for radio astronomy.
Amyloid Fiber Formation: We are pursuing research that may shed light on a fundamental question regarding the origin of life: how did the transition from non-living to living matter occur? We are investigating the spontaneous formation of long linear fibers from a weak solution of proteins using dielectric spectroscopy. This phenomenon may be important in neurodegenerative diseases and it may help to understand the emergence of ordered biological structures that are far from thermodynamic equilibrium.

Dr. Durrance Director of the Sub-Orbital Research and Training Center that utilizes flights of high performance F-104 jets from the Shuttle Landing Facility (SLF) at KSC. In addition to the testing of prototype spaceflight hardware for NASA and commercial companies, we are developing an imaging system designed specifically for imaging EarthÂ’s coastal regions. The coastal zone is not only the most significant ocean area in terms of productivity, economics, recreation, and natural resources but it is also the most difficult to image.