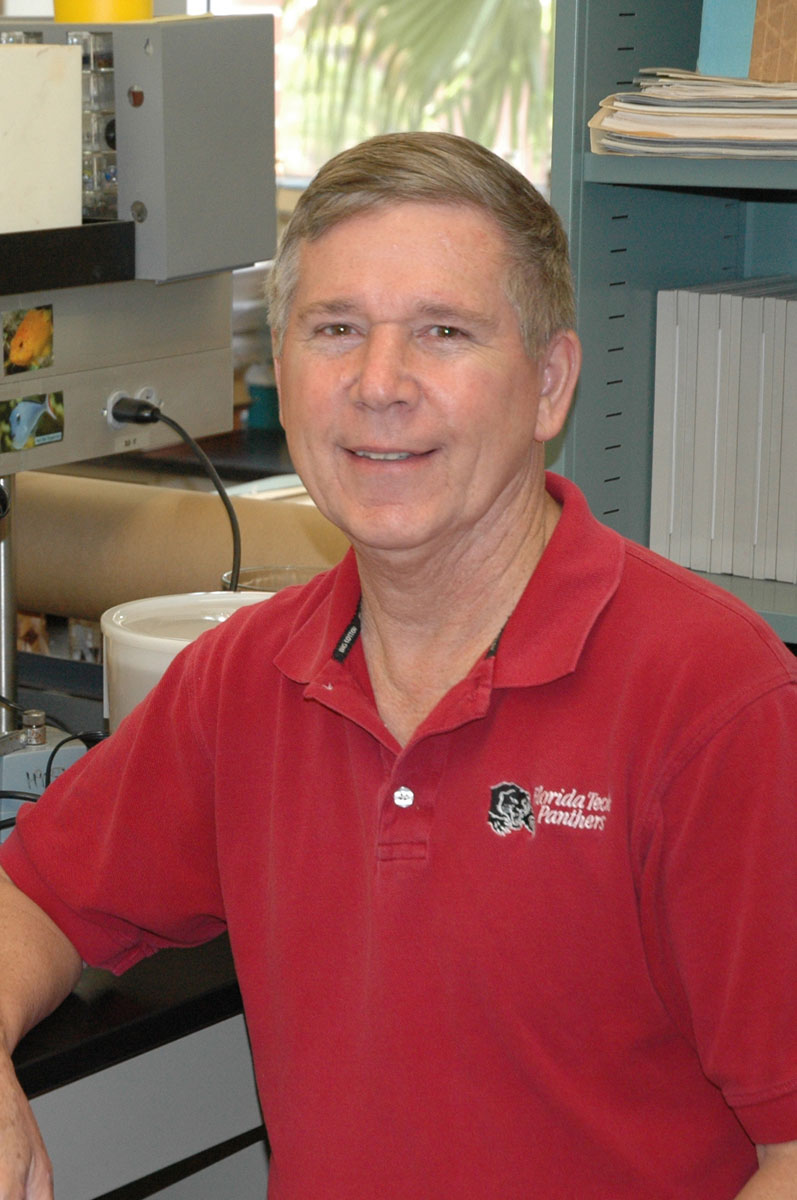 Dr. Turner joined the faculty of Florida Tech in 1976. His postdoctoral studies were done at Harbor Branch Oceanographic Institution (1982-1983) during a sabbatical year. He has served as president of the Florida Academy of Sciences for two terms (1985-1986, 2009-2011) and as a member of the national nominating committee of Sigma Xi (1988-1991). Since 1994, he has been business manager of Florida Scientist, the peer-reviewed journal of the Florida Academy of Sciences. Turner organized the Fifth North American Echinoderm Conference in 2008. Of his 46 publications, 40 appear in refereed journals and books, and he is coauthor of the textbook Introduction to Marine Biology, now in its fourth edition.  Turner retired in May 2017 but continues to do research, to publish, and to serve the professional and lay communities.  He is not, however, advising new graduate students.

Liaison for Florida Institute of Technology and Florida Academy of Sciences

Turner, R.L. and J.M. Boucher. 2010. Loss of arm spines in the basketstar Astrophyton muricatum (Echinodermata: Ophiuroidea: Gorgonocephalidae), with a key to West Indian basketstars. Proceedings of the Biological Society of Washington 123: 1726.

Turner, R.L. and B.D. Graham. 2003. Calocidaris micans (Cidaridae) and Pseudoboletia maculata (Toxopneustidae): additions to the sea urchin fauna (Echinodermata:Echinoidea) of the Gulf of Mexico. Proceedings of the Biological Society of Washington 116: 6181.

Morphology of Echinoderms: form and function of echinoderm pedicellariae; morphology of ciliary urns of sea cucumbers; skeletal morphology and growth.

General Biology of the Florida Applesnail: The effects of hydrology on population dynamics of the snail; physiology of the embryos, which develop encapsulated in clusters of calcareous shells on stems of emergent plants above the water's surface; water balance, UV protection, and ultrastructure of the eggshell.

My research focuses on the general biology of echinoderms, a group of marine animals that includes seastars, sea urchins and brittlestars. My studies have ranged from biochemistry and ultrastructure to ecology, but much of the effort has been directed toward reproductive biology, physiological ecology, and morphology and systematics. Most of my studies on systematics have been in conjunction with government agencies and environmental consulting firms that are engaged in assessment of seafloor communities.
My research also has investigated reproductive biology and physiological ecology of the Florida applesnail for several years. The largest aquatic snail in North America, inhabiting marshes, swamps, lakes, rivers and artificial waterways throughout the state, it is a critical species because it is the primary food of the endangered Florida snail kite and the limpkin, and the applesnail is food for a variety of other birds, reptiles, mammals and fish.