This memorial scholarship will support students from historically marginalized backgrounds who demonstrate academic excellence and are in need of financial assistance. (GF000424)

In honor of Lt. Col Kim Lee Gage, friends and family have established an endowed scholarship fund. This memorial scholarship will support students from historically marginalized backgrounds who demonstrate academic excellence and are in need of financial assistance.

Lt. Col Kim Lee Gage was born January 23, 1976 in Indianapolis, Indiana. Kim joined the Jr. ROTC program at Northwest High School in Indianapolis and served as senior class president of his graduating class. He then graduated with a Bachelor of Science from the Florida Institute of Technology with a degree in Chemical Engineering and an Environmental emphasis and became a Second Lieutenant in the U.S. Army upon his college graduation, serving with the Corps of Engineers.

Kim's military resume includes many impressive accomplishments such as Airborne Ranger, Garrison Commander of Camp Navajo, and many stations and positions in South Korea, Missouri, Virginia, Washington, DC, Hawaii, Alaska, Germany, Florida and Arizona. He also served two war deployments as Commander of Charlie Company of the 864th Engineer Combat Battalion to Kandahar, Afghanistan and as Engineer Operations Officer as part of the Combined Joint Task Force in Iraq.

Kim's many passions were fishing, bow hunting, learning and reading, particularly books that challenged his thinking and provided new insights on the world and, most importantly, spending time with his family and friends. He touched and inspired many lives throughout his life with his leadership, intellect and caring spirit. Kim passed in 2019 at the young age of 43. In his memory, an endowment fund with the purpose of providing scholarships for undergraduate students was established at Florida Tech. 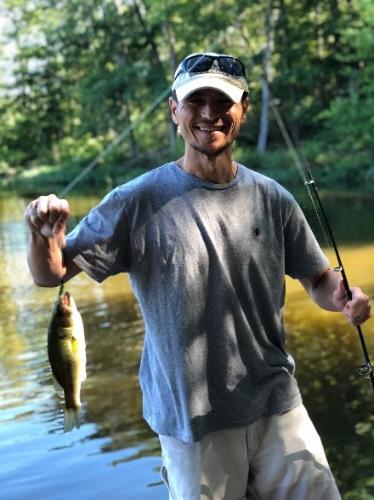