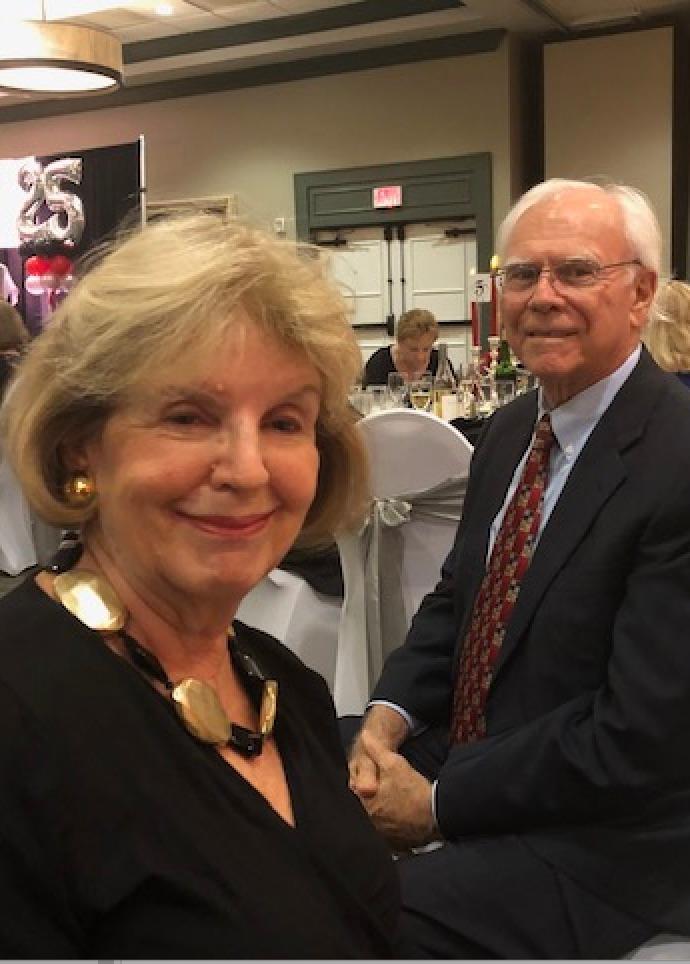 This scholarship is administered by the Office of Financial Aid, selection of recipients is based on need and merit and preference is given to renewing the same students. Recipient must be a full-time undergraduate student; must remain in good academic standing.

Mike Scafati grew up in the Boston area and earned his BA in Political Science from UMass Amherst where he served in the ROTC. His wife, Pat, is from Hadley, Mass (a small town near Amherst). Shortly after proposing to Pat, Mike was called for military service and instead of being sent to Italy as originally anticipated, he was called for service in Viet Nam. He offered Pat the chance to change her mind, but she did not.

Mike spent a year in Viet Nam and afterwards, the military invited him to pick a location to be stationed. He requested “the East Coast” thinking he’d be in the northeast but instead he was stationed in Melbourne, Florida and he taught in Florida Tech’s ROTC program. They liked the area and remained through the late 60’s and early 70’s.

Mike had always wanted to be a financial advisor and did practice interviewing during his military training days toward that goal. Finally, he clipped an ad for recruits at Edwards Financial and two months later, made the call and secured a job launching his career.

Eventually opportunity knocked and he was drawn to St. Louis to work in the main Edwards offices. During his tenure there, he remained through several purchases and retired after 40 years with the company.

Mike has served over two decades on Florida Tech’s Board of Trustees and enjoyed returning to Melbourne where he’d always kept a home. Despite his time in the northeast and the Midwest, he has said that he feels like a native of Melbourne and has seen the community grow and change over time.

Mike and Pat have two children, a boy and a girl, both of whom are in the finance and investment industry.

Together they have funded the Michael and Patricia Scafati Scholarship, one of the largest of Florida Tech’s endowed scholarship funds.