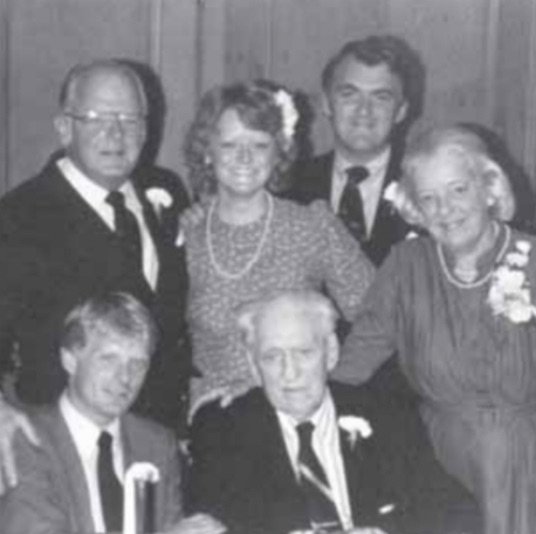 Recipients must be a graduate student studying under the Department of Ocean Engineering and Marine Sciences. The Department Head and a committee of his faculty will select one or more fellows this year.

Edward W. Snowdon was born in Washington in 1910. He graduated from Western High School in Washington, DC in 1929 and from Wesleyan University in 1933.

Edward and his wife, Lee Hill (1919-1993), met in 1937 on a ship crossing the Atlantic, when Lee joined her parents on a trip to Europe after completing boarding school outside Washington D.C. At that time, Edward was working for a concert impresario and although he was based in New York City, he spent much of his time travelling through Europe discovering new talent and promoting opera stars. Lee and Edward got married in 1941 after Lee’s four years at Duke University in Plainfield.

Edward Snowdon was a captain in the US Army Signal Intelligence during World War II and participated in the D-Day invasion and the Battle of the Buldge. He was awarded the Bronze Star and two Croiz de Guerre from France for his service in the liberation. Snowdon worked for the Charles L. Wagner Opera Company and Young and Rubican in New York City until his retirement in 1972, when him and his wife Lee Hill, moved to Manalapan, Fl. Here, he was a member of the Everglades Clun and was a past Commodore of both the Manalapan Yacht Club and Key Largo Anglers Club.

Lee Hill was daughter of Marguerite Stewart and Arthur Bullock Hill, founder of Arthur B. Hill Foundation (which became the Hill-Snowdon Foundation) in 1959. She was on the foundation’s Board and was the primary decision maker for several years after her father died. When her and Edward moved to Florida, Lee did not only continue to support numerous organizations in Plainfield but also began funding Florida groups such as the Red Cross.