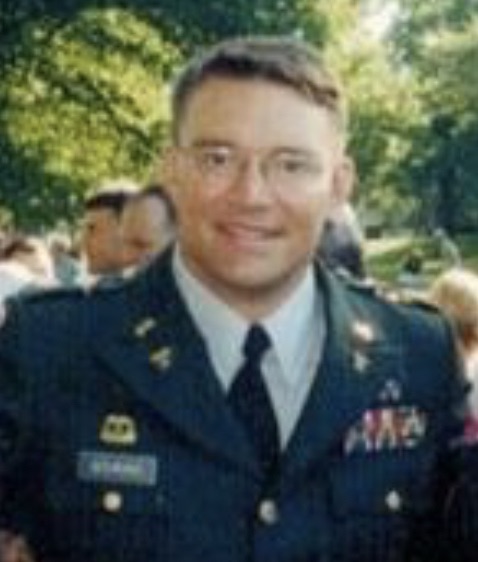 Application and selection will be made during an applicant's second semester at Fort Lee; Competition is open to both commissioned and warrent officers; applicant must be not fully funded; awarded primarily on merit; committee will choose recipient.

Major Mathew Earl Schram, also known as Schrambo (a reference to the movie fiction hero “Rambo”), was born in January 25th, 1967 in Brookfield, Wisconsin. He was the fifth of six children of Earl and Sarah Schram and had always wanted to be a soldier, said Susan Kuske, his older sister. He graduated from Immaculate Heart of Mary Catholic School in West Allis in 1981 and Brookfield Central High School in 1985, where he played football.

He joined the Reserve Officers Training Corps (ROTC) at the University of Wisconsin-Whitewater. In 1989, he started serving in the Army and was assigned to the Headquarters & Headquarters Troop Support Squadron, 3rd Armored Cavalry Regiment, Fort Carson, Colorado.

Major Schram was killed in May 26th, 2003 near the town of Haditha, Iraq, when gunmen ambushed a military convoy on a resupply mission with rocket-propelled grenades and machine guns. “He made it his career and loved it,” his sister said. “He rose in the ranks and worked hard to get there.”

Major Schram is remembered by his beloved ones for his raucous, hilarious laugh and as a quiet man with high expectations for himself and a tender heart for his eight nieces and nephews.