Offer a full four-year scholarship awarded annually to a Florida resident and high school graduate to assist in pursuing a degree at Florida Tech. (GF000094)

Recipient must be a Florida resident freshman in good academic standing, from the top 5 percent of their high school class; qualified recipient of the State of Florida scholarship support; a student with outstanding personal character determined through references; a student with proven leadership qualitites; financial need may be considered but shall not be a requirement. 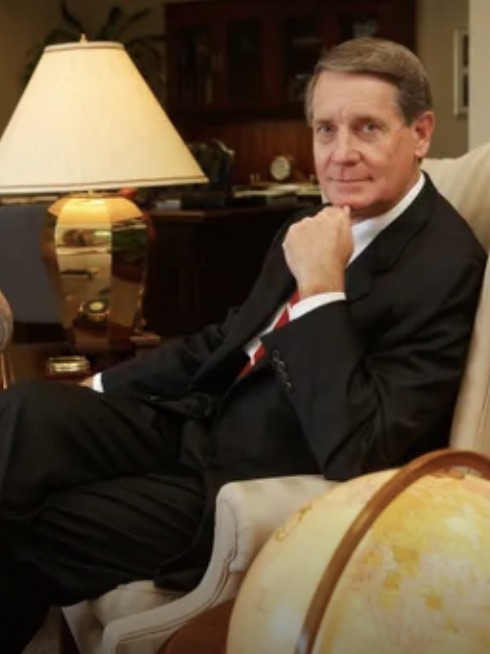 Phillip W. Farmer was born on August 30th, 1938 in Goldsboro, North Carolina. He attended Duke University where he earned a Bachelor of Science in Mathematics in 1960. His first job right after graduating from college was with General Electric, which recruited him in his senior year to join its Financial Management Program in New Jersey. There, he met his beloved wife of 56 years, Jean McDonald Farmer.

In 1994, he became a member of the Board of Trustees at Florida Tech, where, because of his work, a residence hall (Farmer Hall) was built and named in his honor. Additionally, his personal commitment to the success of the students at Florida Tech was demonstrated by funding a $1.5 million endowment to create the Farmer Scholars Program, which provides a full, four-year scholarship awarded annually to a Florida resident who demonstrates outstanding academic performance and personal character.

Aside from his professional life and achievements, Mr. Farmer loved spending time his wife, three children and eight grandchildren. He enjoyed sports, reading, and automobiles. After his retirement, he and his wife Jean, travelled the world and shared some of these experiences with friends and family.

Mr. Farmer passed away on October 28th, 2018, at the age of 80, leaving behind a great legacy. “Without Phil Farmer, Florida Tech would undoubtedly be a lesser institution, and the many, many students whose lives he influenced would not be making their mark in the world today. He made those around him better, which is the truest form of leadership, and his vision for Florida Tech, motivated by an unwavering belief that we were an outstanding university that could be truly exceptional, motivated all of us to strive for excellence,” where some of the words from Dwayne McCay, Florida Tech President.

Over his lifetime, Phil Farmer contributed over $12 million to Florida Tech.