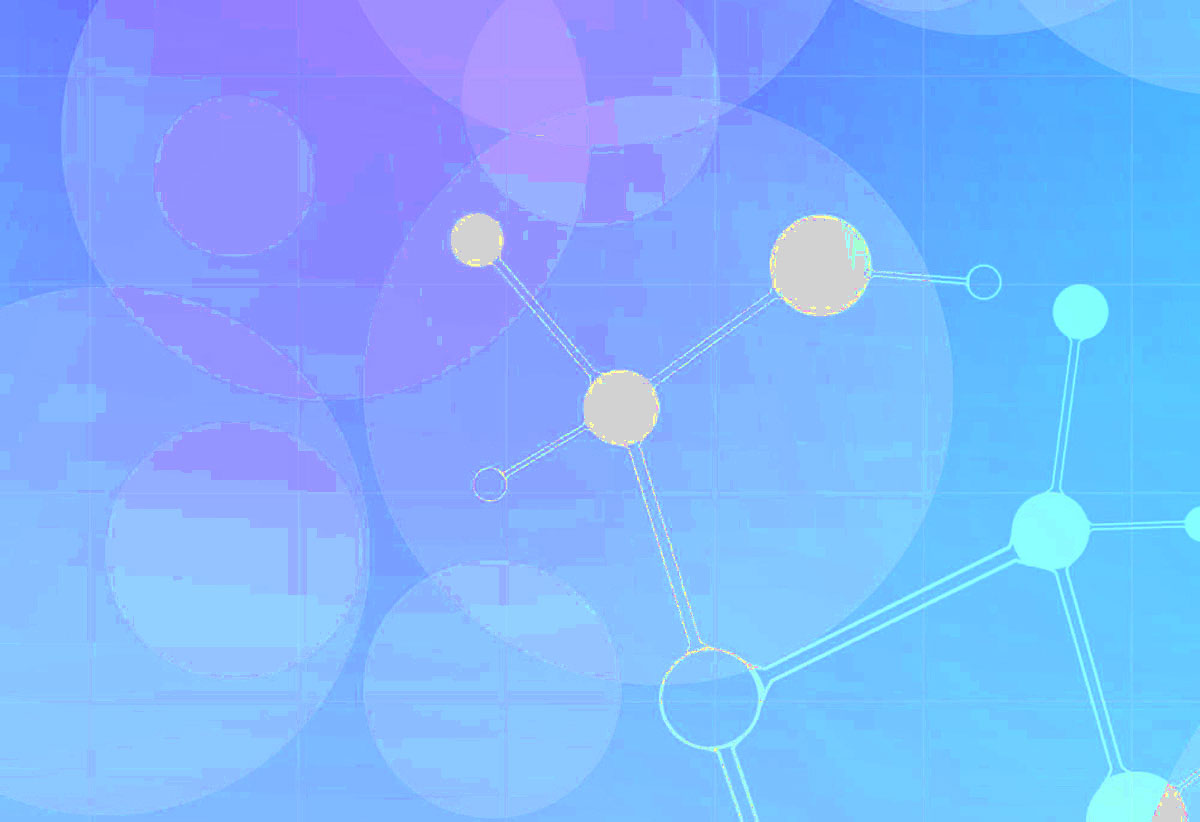 THE JOB OUTLOOK FOR A STEM DEGREE

Good STEM Jobs Now and for the Future | STEM Education Level Influences Salary | Where is the Best Place to Live?

There are exciting innovations, advancements and discoveries yet to be made. The research and work that will shape our present and enhance our future is waiting to be done—waiting for people who choose to study and work in the field of STEM—science, technology, engineering and math.

New ideas, advancements in medicine, space exploration—there’s little debate that people who work in STEM make a tremendous contribution to our society and the need for more STEM workers is critical. This means you'll find STEM jobs in demand. Experts agree that our future literally depends on it.

Recent and Projected Growth in STEM and Non-STEM Employment 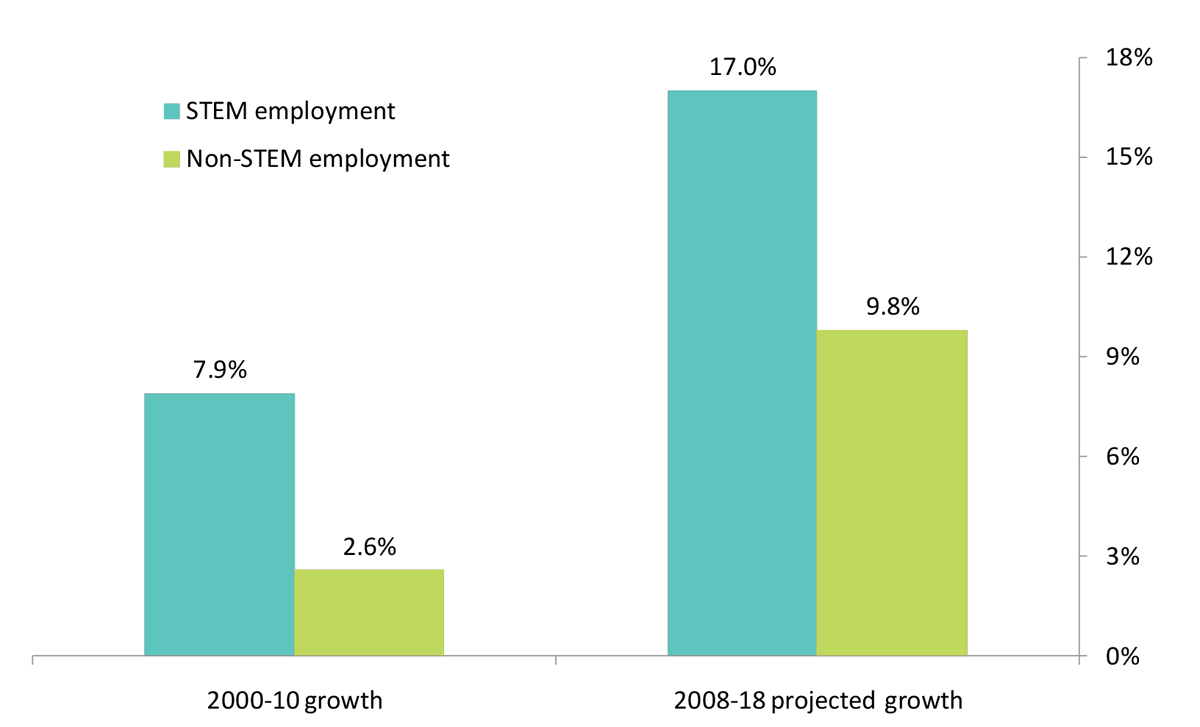 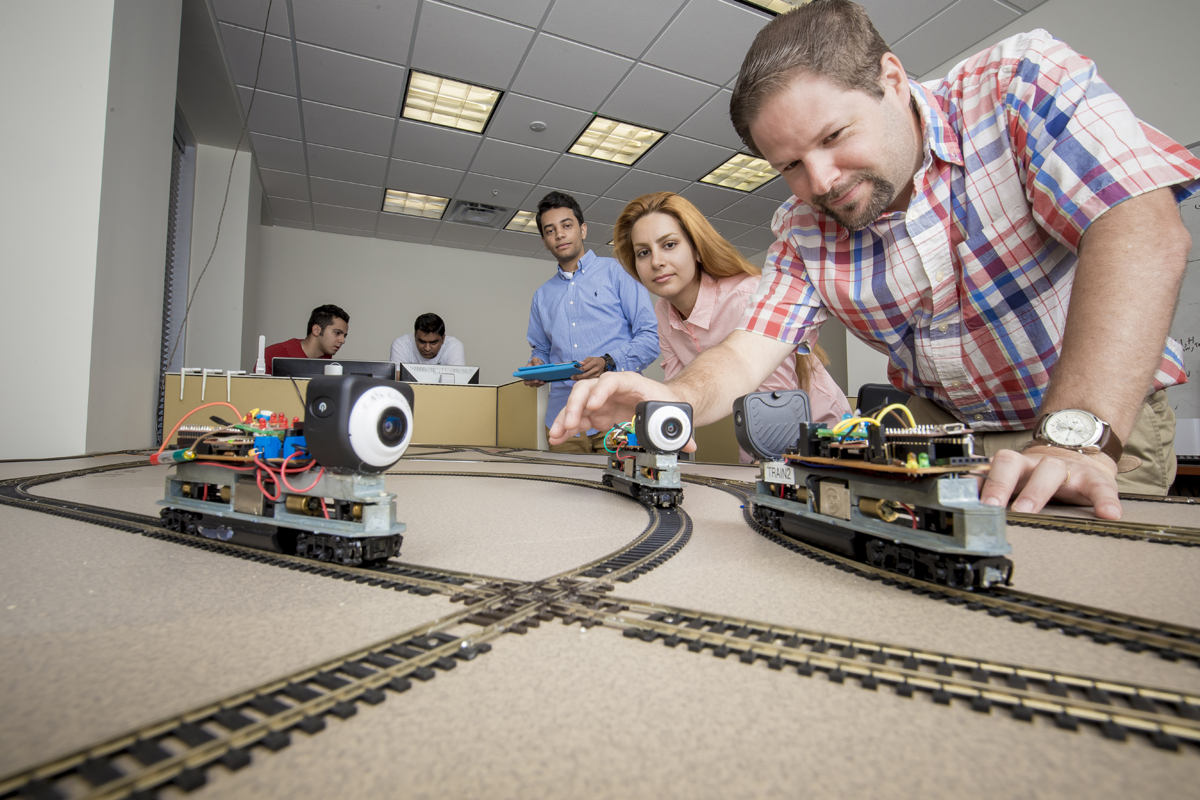 Good STEM Jobs, Now and for the Future

In its Occupational Outlook Handbook, the U.S. Bureau of Labor Statistics (BLS) forecast that by 2022, there would be nearly 1 million more jobs in STEM than in 2012.

But while all STEM jobs will experience growth, some fields in STEM are expanding more rapidly than others. In its report, the BLS listed the jobs that may offer the best STEM jobs and the most employment opportunities (job openings) through 2022. 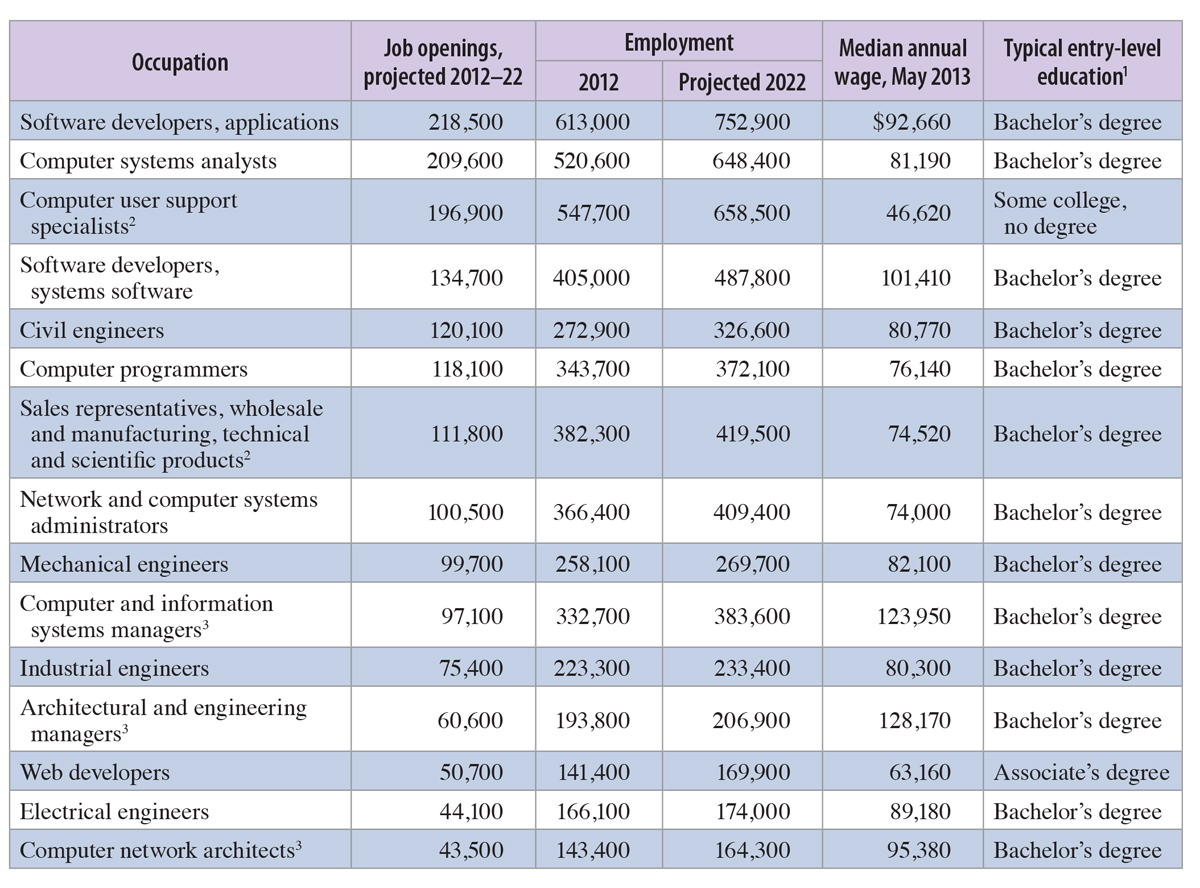 Other Positions Expected to Have Substantial Job Openings by 2022 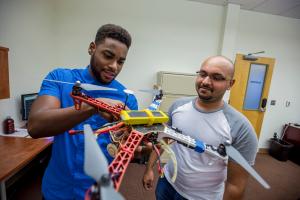 Careers in STEM are profitable

In its 2011 Issue Brief, STEM: Good Jobs Now and for the Future, the U.S. Department of Commerce found that having a college degree bumps up salary potential substantially. For example, a STEM worker with a graduate degree on average earns $40 per hour, as compared with the $25 per hour average earned by a non-degreed STEM worker.

The majority of STEM workers (68 percent) do have a bachelor’s degree—or higher.

In comparing four STEM fields—Computer and Math, Engineering, Physical and Life Sciences and STEM Managers, the brief’s researchers found that those in occupations related to physical and life sciences were the most educated with close to 40 percent having a graduate degree.

In its Occupational Outlook Handbook, BLS research showed that certain highest paying STEM jobs (those with a $100,000 or more median annual wage) do require bachelor’s, doctoral or professional degrees. Among them:

A STEM worker with a graduate degree on average earns $40 per hour, while a non-degreed STEM worker earns an average of $25 per hour.

Beyond the Bachelor’s Degree 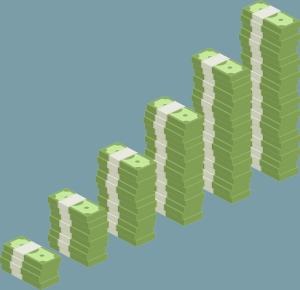 Once You Have Your STEM Degree, Where is the Best Place to Live?

Last year, San Francisco-based financial literacy site NerdWallet collected statistics including salaries, cost of living and unemployment rates from 354 of the largest metropolitan areas in the U.S. and compiled a list of the Best Places for STEM Grads 2016.

Topping their list was Huntsville, Alabama, with STEM workers averaging an annual wage of $95,150. It’s a hot spot for aerospace. The area is known as the “Rocket City” and home to NASA’s Marshall Space Flight Center and Cummings Research Park.

Even though STEM workers in San Jose, Sunnyvale and Santa Clara, California, earn a higher average wage—$122,398 annually—the area’s higher cost of living put them in second place. This area includes Silicon Valley and has an abundance of tech companies.

If environmentally friendly technology is a passion, then NerdWallet says Boulder, Colorado, might be the perfect spot for you with more than 250 “clean tech” companies.

Rounding out the list were Trenton and Princeton, New Jersey, followed by Austin and Round Rock, Texas.

The perks of a STEM career are abundant, including projections of robust job growth, higher wages than all other fields and the chance to make a difference in the world. 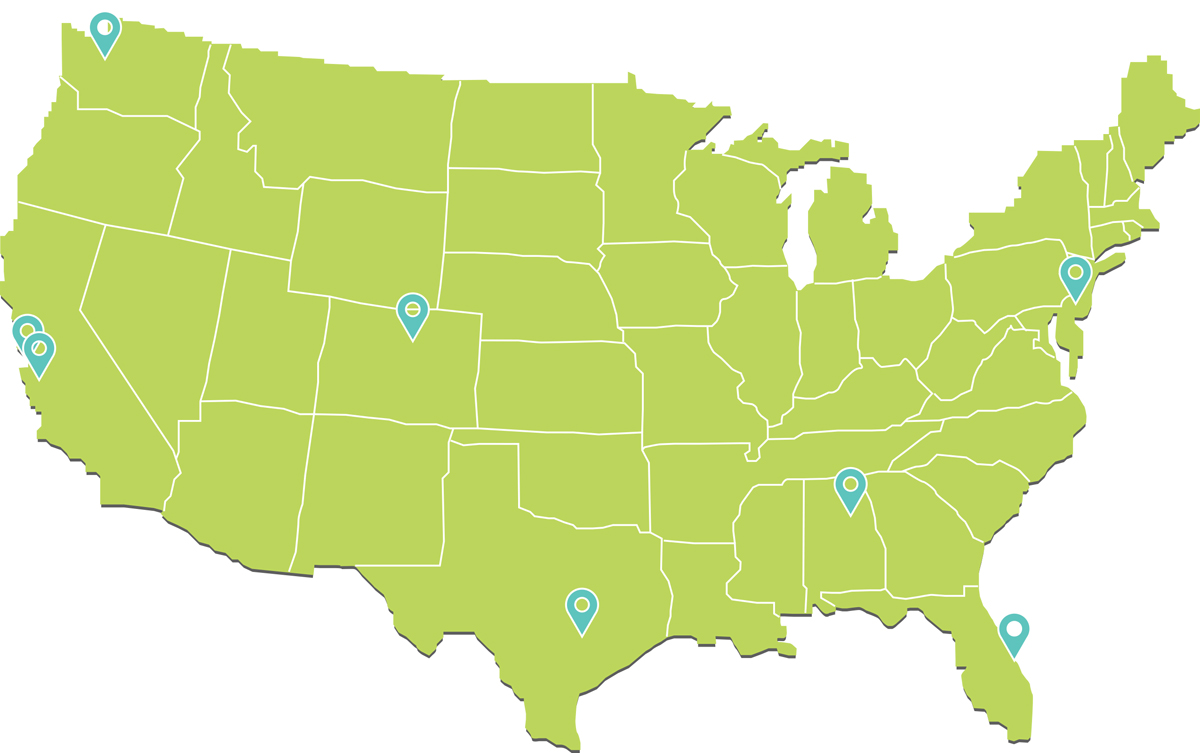 The perks of a STEM career are abundant, including projections of robust job growth, higher wages than all other fields and the chance to make a difference in the world.