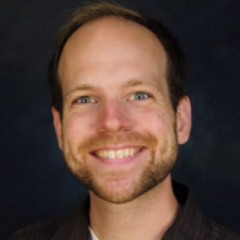 Dr. Kevin R. Burke recently joined the Florida Tech Music Program in 2014, after serving as Assistant Professor of Music and Music Department Chair at Franklin College (IN) for several years. He holds a Ph.D. in Musicology from the University of Cincinnati, College-Conservatory of Music, and specializes in early nineteenth-century criticism of German-language opera. Dr. Burke maintains the most extensive database of German-language opera reviews from 1798-1830, which he compiled during his Fulbright Fellowship at the Bayerische Staatsbibliothek from 2007-2008. His dissertation, "Propagating a National Genre: German Writers on German Opera, 1798-1830," received the Helen T. Ehlers award in 2010. He has presented his research on German Opera criticism at several regional, national, and international conferences, and published it in the journal Music Research Forum.

Dr. Burke is also an active scholar of music pedagogy, serving as the Secretary-Treasurer for the American Musicological Society’s Pedagogy Study Group. He pioneered the use of classroom iPads in the music history classroom with an Eli Lilly grant in 2010 and has presented his work on music and instructional technology in the journal Hybrid Pedagogy, in the collection Engaging Students: Essays in Music Pedagogy, and at various pedagogy conferences, workshops, and panels. Dr. Burke is an advocate of the roleplaying platform “Reacting to the Past,” having recently engaged a room full of music history professors at the 2014 Teaching Music History Conference in a mini game on the Council of Trent, and published his own RTTP scholarship in the Journal of Music History Pedagogy.

Dr. Burke’s emerging research and teaching interests involve classic video game music, particularly on compositional trends and culture developing around 8- and 16-bit sound chips. He presented "Genesis Does What Nintendon't: Sound Chips and Composer Culture in the Early 16-bit Era" and "Pushing the Envelope: Distinct Sound Drivers for the Common Famicom (NES)" at the North American Conference for Video Game Music (NACVGM) in 2016 and 2017, respectively, and will soon present "Terpsichorean Vox: Hitoshi Sakimoto's Choral Synthesis in the 16-bit Era" at the 2017 Ludomusicology conference at Bath Spa University, UK.

In his free time, Dr. Burke enjoys running, cycling, and cooking. He currently lives in Indialantic with his wife and three sons.

Programming Committee for the North American Conference on Nineteenth-Century Music

“The Poet and the Composer as Critic: Coordinating Music and Text in Early Nineteenth-Century German Opera.” Music Research Forum 27 (2012): 1-26.