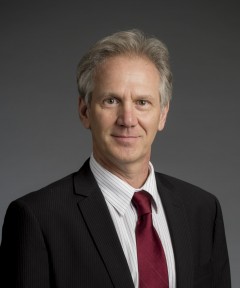 Dr. Kozaitis is currently a professor in the Department of Computer Engineering and Sciences (CES.) He received a Ph.D. in electrical engineering from Wayne State University in 1986 and worked for General Motors Research Laboratory, Wayne State University, and Digital Optics Inc. before coming to Florida Tech in 1988. From 1988 to 1997, he spent summers at the U.S. Air Force Photonics Center at Rome Laboratory, performing research on optical signal processing. He also spent the summers of 2000 and 2001 at NASA, Kennedy Space Center, FL, developing the groundwork for tracking launch vehicles with satellites. He served on technical committees for scientific organizations such as Kurdistan University of Science and Technology Board of Trustees, SPIE, and IASTED and as a reviewer for a wide array of journals, books, conferences, and research programs. He is a member of IEEE, Sigma Xi, SPIE, and Tau Beta Pi and received the outstanding faculty service award at Wayne State University. His current work focuses on a variety of visible and infrared imaging systems and associated processing, including wavelet analysis.

Dr. Kozaitis’s research emphasis is on the development of algorithms to reduce noise in signals and images and to automatically detect important features. He has also worked with magnetooptic and ferroelectric materials to spatially modulate light. He developed system architectures using spatial light modulators and coherent imaging to automatically identify objects. Much of this work led to the development of advanced signal processing algorithms and, more recently, wavelet-based processing and higher-order correlations to recover features from heavily degraded signals corrupted by noise.