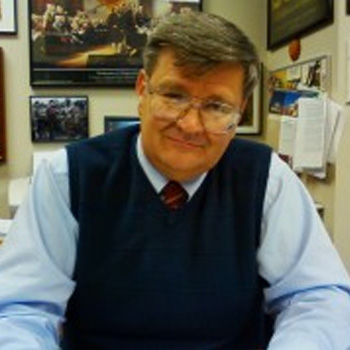 Professor and Head | School of Arts and Communication

Dr. Taylor is currently a member of the Board of Directors of the Florida Humanities Council.

He is also President Emeritus of the Florida Historical Society,an advisory board member for H-Florida, and serves as a board official in the Selective Service System. He resides in Palm Bay and St. Simons Island,Georgia with his wife Virginia and a house full of pets.

Dr. Taylor is the current Associate Dean and Head, School of Arts and Communication. He has taught at Indian River State College, University of Saint Francis, Florida Atlantic University, Florida State University and the University of South Alabama.

HUM 3385 Special Topics in History: The History of the Space Age

HUM 3385 Special Topics in History: The History of Florida