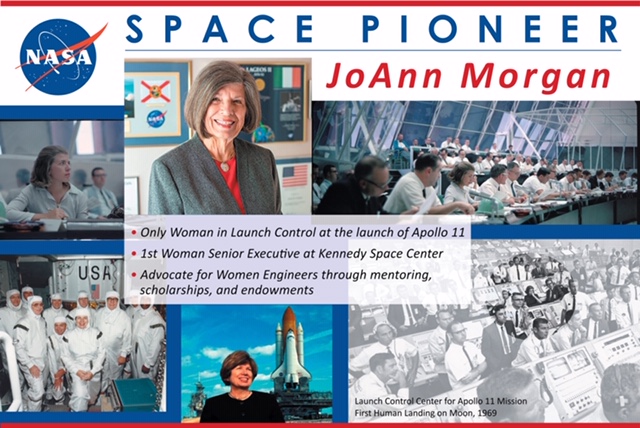 Scholarships for female students within the College of Engineering. (GF000101)

Recipients must be undergraduate female students in good academic standing maintaining a 3.0 GPA. First priority given to residents of Brevard, Volusia, of Osceola counties. Next priority give to Florida resident. Third priority to U.S. citizen. Qualified recipient of scholarships support who has filed for financial assistance. Preference may be given to a student with greater financial need. 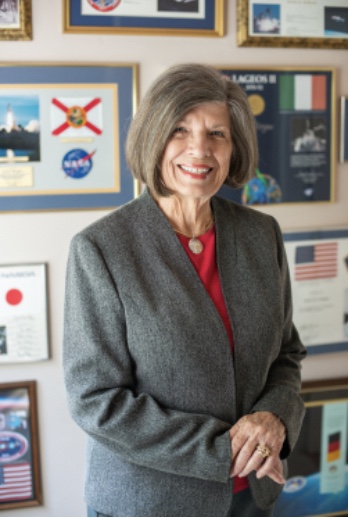 At age 17, JoAnn H. Morgan, while obtaining her Bachelor of Arts in mathematics from Jacksonville State University, worked during the summers as a University of Florida trainee for the Army at Cape Canaveral Air Force Station.  This program then rolled into the National Aeronautics and Space Administration, also known as NASA. Morgan became an employee there and worked on the Mercury, Gemini, and Apollo programs.

She was the first NASA woman to win a Sloan Fellowship, which she used to earn a Master of Science degree in management from Stanford University. When she came back to NASA, she became a divisions chief of the Computer Systems division. After that, Morgan was successful in several other roles such as deputy of Expendable Launch Vehicle, director of Payload Projects Management and director of Safety and Mission Assurance. She was one of the last two people who verified the space shuttle was ready to launch and the first woman at Kennedy Space Center to serve in an executive position, associate director of the center. During her career, she was the first woman to hold any of these positions and received many honors and awards, including four NASA exceptional service medals, two NASA outstanding leadership medals, a Meritorious Executive of the federal government, and the Presidential Distinguished Rank Award. She was inducted into Florida Women’s Hall of Fame, won the National Space Club Debus Award, the Florida Woman of Achievement Medal, received a national award from the Society of Women Engineers, and the Daughter of American Revolution (DAR) National Medal of Honor.

She retired from NASA in August 2003 as the director of External Relations and Business Development. However, she states that even though she is almost 80 years old, she is not giving up. Morgan encourages women to pursue careers in STEM and sponsors endowments and scholarships at seven universities, including Florida Institute of Technology, and provides internships at IHMC (Institute for Human and Machine Cognition).