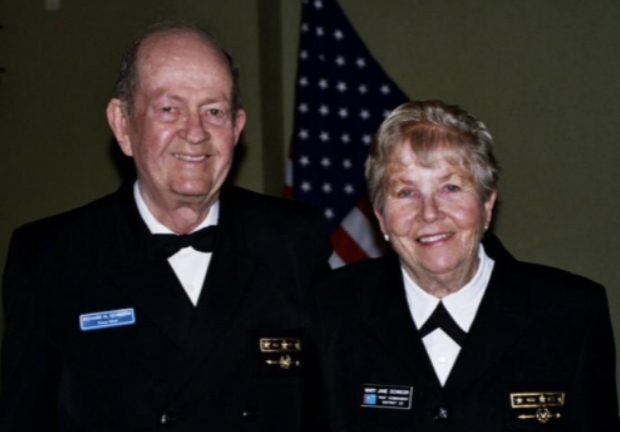 Recipients must be graduate students studying Atmopheric and Marine Sciences.

Richard H. Schnoor was born in Richmond Hill, New York on March 14th, 1931. He attended Brooklyn Technical High School and obtained a bachelor’s and master’s degree in Industrial Engineering from New York University. He was a retired Major in the US Air Force Reserve who worked at NASA and many other space programs and retired as Chief, Financial Management in 1986. Moreover, Schnoor was greatly involved with the United States Power Squadrons for 52 years where he served as Commander of the Titusville Squadron, District Commander for D/23 encompassing northeast Florida, and as Rear Commander. He was also a member of the Florida Fly Fishing Association and Cocoa Beach Squadron, where he was teaching several nautical classes. Schnoor served in different committees and as Chairman of the Board while he was involved with the United Way of Brevard County.

Furthermore, Schnoor was married to his high school sweetheart, Mary Jane Schnoor, for 57 years. Mary Jane was born on March 5th, 1933. She was a teacher and guidance counselor at Cocoa Beach High School, member of St. John the Evangelist Catholic Church, the U.S. Power Squadron of Cocoa Beach, the Knights of Columbis Auxiliary, and the Florida Flyfishing Association.

Besides their passion to travel and going on cruises, the Schnoors had a long-lasting interest in marine science, navigation, oceanography, and environment issues. Therefore, after Richard passed away on March 20th, 2011, Mary Jane suggested to the squadron that a fitting memorial to his memory might be a scholarship for a student in the Department of Marine and Environmental Systems at Florida Institute of Technology. Mary Jane passed away on August 23rd, 2013.