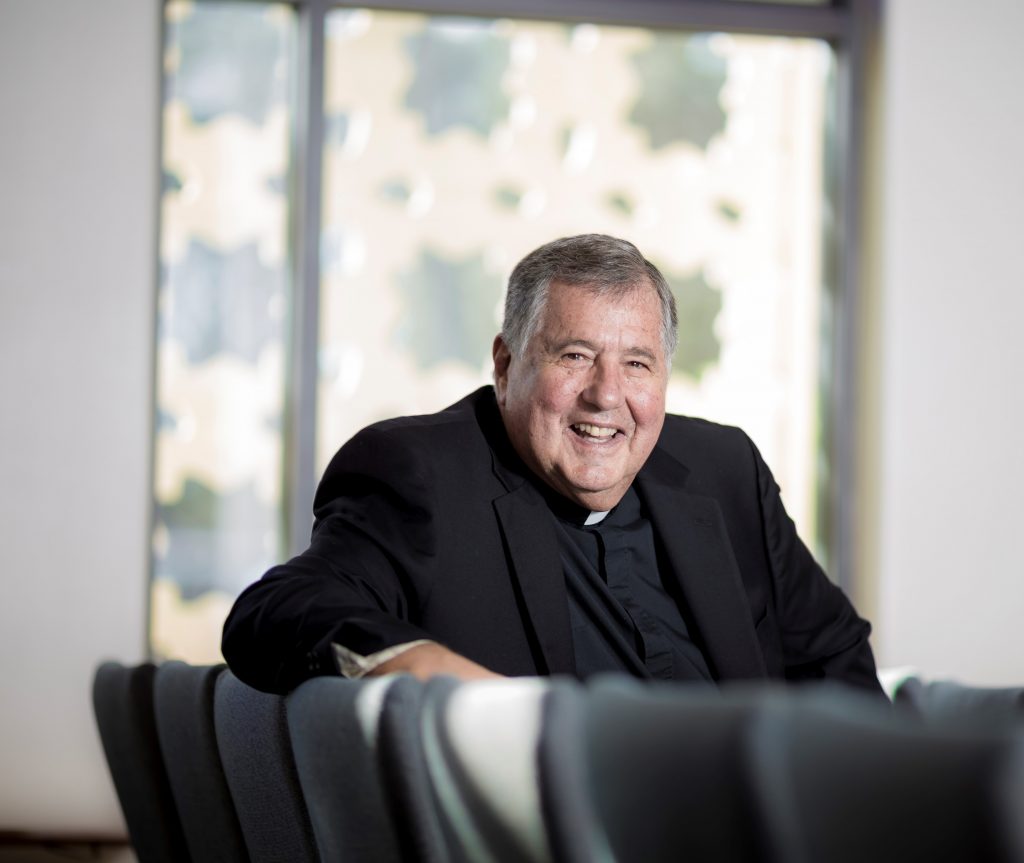 Funds will be dispersed at the discretion of the Campus Minister, they may be used to pay expenses related to Catholic Campus Ministry.

Father Douglas Bailey is the Florida Tech Catholic Campus Minister and University Chaplain. His role and responsibilities as a Catholic Priest of the Florida Tech campus has been going on for more than 30 years. Fr. Douglas is not only a spiritual advisor to students, he is also an instructor and teaches classes such as World Religion and BioEthics. He holds daily masses, Bible study once per week, Rosary, and other activities such as Spaghetti Dinner for Students.

Father Doug studied philosophy in college and earned his Master’s in religious studies. He was ordained in 1976.