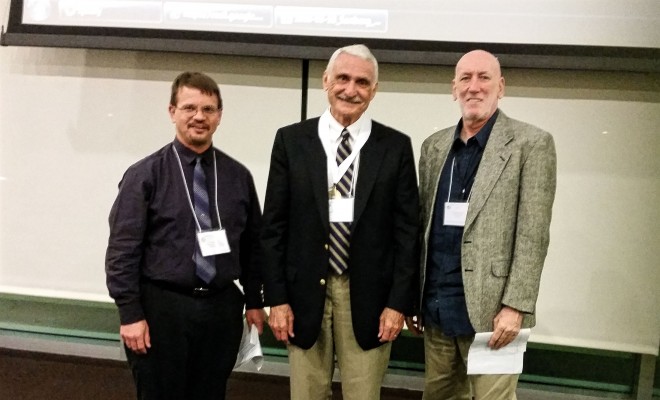 Dr. George A. Maul (center) honored as the 2016 Florida Academy of Sciences Medalist. On the left is Academy Secretary Dr. David Karlen and on the right is Academy President Dr. Jeremy Montague. 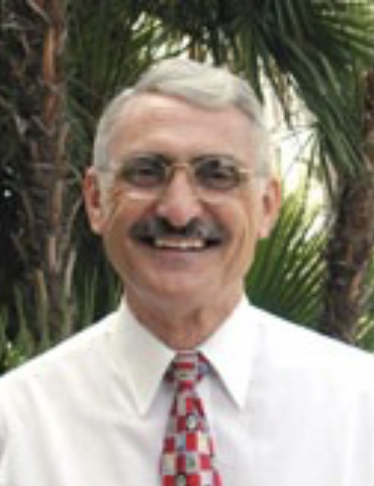 George A. Maul, professor emeritus of Oceanography at Florida Institute of Technology, graduated from Brooklyn Technical High School in 1956, earned a bachelor of science degree in Marine Transportation from the State University of New York Maritime College and was granted a U.S. Merchant Marine Officer’s license in 1960, and earned his Ph.D. in physical oceanography from the University of Miami in 1974.

From 1994 through 2014, Maul served as head of the Department of Marine and Environmental Systems at Florida Tech, where he created the undergraduate and graduate meteorology programs and the graduate earth remote sensing program. Before this position, in 1960-1969, he held ranks from Ensign through Lieutenant Commander in the commissioned officer corps of the US Coast and Geodetic Survey and served as Operations Officer aboard the USC&GS Ship Discoverer. From 1969 to 1984, Maul was a Research Oceanographer at the Atlantic Oceanographic and Meteorological Laboratory in Miami. Then, from 1984 to 1994, he was a Supervisory Oceanographer with the National Oceanic and Atmospheric Administration (NOAA), where he earned 5 Outstanding Performance Awards and 3 Distinguished Authorship Awards. He’s been Chief Scientist on numerous oceanographic cruises and has published more than 200 journal articles, book chapters, guest editorials, technical reports, and refereed abstracts, and eight books on oceanography and meteorology.

Additionally, Maul is a member of the American Geophysical Union, the American Meteorological Society, the Marine Technology Society, and the Florida Academy of Sciences. During 1989-1995, he served as Vice Chairman of the Subcommission for the Caribbean and Adjacent Regions (IOCARIBE) of the Intergovernmental Oceanographic Commission (IOC) of UNESCO and as Founding Chairman of the IOCARIBE Group of Experts on Ocean Processes and Climate, and the IOCARIBE Tsunami Steering Group of Experts. He was Co-Director of the International Symposia on Marine Positioning, past member of the IOC Group of Experts on the global seal level observing system, chaired the United Nations Environment Programme / Intergovernmental Oceanographic Commission Joint Task Team on Climatic Changes in the Wider Caribbean Region, and served on the editorial boards of Marine Geodesy, Remote Sensing of Environment, and the Journal of Earth System Science Education.

Maul’s awards and recognitions include College of Engineering Teacher of the Year by the Florida Tech Student Government in 1997, US President’s Volunteer Service Award in 2010, College of Engineering Faculty Excellence Award for Service in 2012 and Faculty Senate Excellence Award for Service in 2015. Maul was also elected a Fellow of the Marine Technology Society in 1999; a Fellow of the American Meteorological Society in 2003; elected to Omicron Delta Kappa, Phi Beta Delta, Sigma Xi, and the Honor Society of Phi Kappa Phi; and was given the singular honor of being named the 2016 Florida Academy of Sciences Medalist.