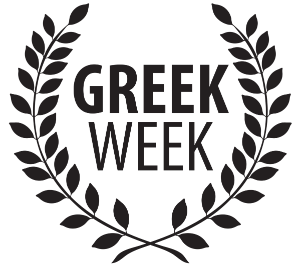 Greek Week is a weeklong celebration for all of the social fraternities and sororities on campus. It is a chance for members to come together to celebrate the spirit and pride of being a part of a fraternity/sorority. United together, the Greek community uses this time to show their passion for scholarship, service, leadership and brotherhood/sisterhood. All events are open to the campus community.

Schedule and Events for Greek Week 2018

Beach Volleyball (fraternity only) in Southgate Volleyball Court at 3pm

Tug-O-War in Southgate Field at 7pm

Volleyball at Clemente Center at 4pm

Soccer at Florida Ave Fields at 10am

Basketball at 4pm at Clemente Center

Bowling at Shore Lanes at 7pm

Football (without finals) in Southgate Field at 4pm

Trivia at the Hartley Room at 6:30pm

Speaker at 8:00pm in the Clemente Center

Football finals in Southgate at 5:00pm

Softball/Kickball at Florida Ave Fields (including finals) at 10am