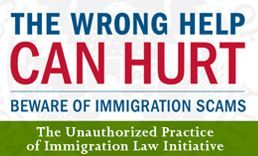 Foreign visitors to the U.S. arriving via air or sea no longer need to complete paper Customs and Border Protection Form I-94 or I-94W. Those who need to prove their legal-visitor status—to employers, schools/universities or government agencies—can access their CBP arrival/departure record information online.

CBP now gathers travelers’ arrival/departure information automatically from their electronic travel records. Because advance information is only transmitted for air and sea travelers, CBP will still issue a paper form I-94 at land border ports of entry.

Students having problems accessing their I-94 card on-line should contact:

F-1 students must update their address within 10 days of any move. Please see the instructions below.

If you are enrolled in classes at Florida Tech:

To serve you better, ISSS has instituted walk-in hours and appointments.

On May 10, 2018, U.S. Citizenship and Immigration Services (USCIS) posted a policy memorandum, “Accrual of Unlawful Presence and F, J, and M Nonimmigrants,” changing how the agency will calculate unlawful presence for students and exchange visitors in F, J, and M nonimmigrant status, including F-2, J-2, or M-2 dependents, who fail to maintain their status in the United States, effective Aug. 9, 2018.  The policy officially went into effect on August 9, 2018.

Individuals in F, J, or M status who fail to maintain their status on or after Aug. 9, 2018, will start accruing unlawful presence on the earliest of any of the following:

Note that the change in policy by USCIS means that, beginning Aug. 9, 2018, certain actions by an F, M, or J nonimmigrant may cause them to accrue unlawful presence, where previously such actions did not. Accrual of unlawful presence can, under certain circumstances, render the nonimmigrant ineligible for certain immigration benefits and may make them inadmissible to the United States.

For more information you can read the USCIS policy memorandum.