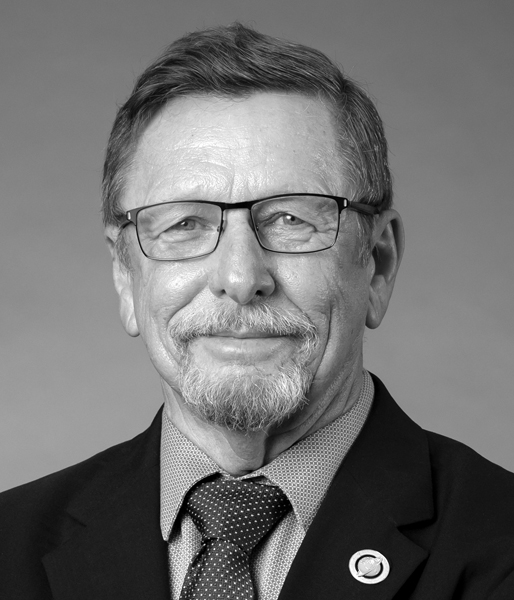 Dr. McCay was previously at The University of Tennessee Space Institute, where he served as Alumni Distinguished Service Professor of Engineering Science and program chair of engineering science and mechanics, and was chosen in a national search in 1993 as the chief executive officer for the campus.

He taught as an adjunct professor at several universities (Auburn University, California State at Fresno, University of Alabama at Huntsville) and has more than 100 technical publications to his credit including two books. In addition, he has been awarded 16 patents (two of which have resulted in spin-off companies) and served as a reviewer for several journals. He was associate editor for the Journal of Propulsion and Power from 1991–1993.

While in both Florida and Tennessee, Dr. McCay served on numerous economic development boards and chaired the Tennessee Valley Aerospace Region board, as well as serving as chairman of The University of Tennessee Research Corporation board, the intellectual property agent for The University of Tennessee. In 2009, he was appointed by NASA Administrator Charles Bolden to serve on the Education and Outreach Committee of the NASA Advisory Council.

Dr. McCay is a Florida Inventors Hall of Fame inductee (2017) and is a National Academy of Inventors Fellow. 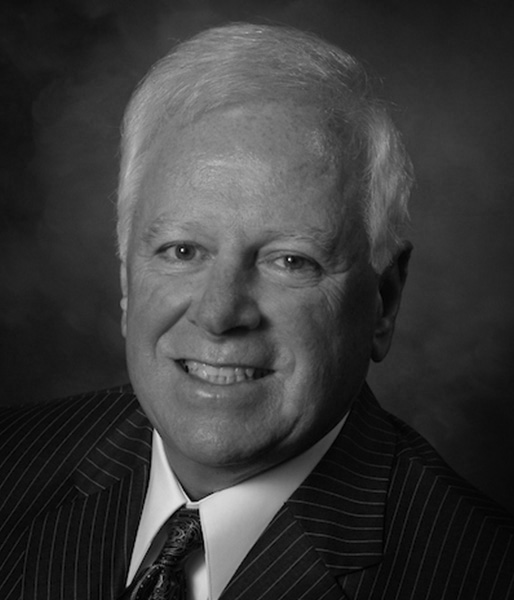 Funding the future of the only independent, technological institute in the Southeast was integral to Catanese’s vision. Florida Tech’s Golden Anniversary in 2008 provided the perfect platform to launch a $50 million capital campaign that ultimately raised $60 million. New scholarships were added and facilities like the Harris Center for Science and Engineering, the Scott Center for Autism Treatment, Panther Aquatic Center and Panther Dining Hall were built. The university’s $100 million Create the Future capital campaign concluded in 2016; it raised $123.3 million. Key gifts included monies to support the university endowment as well as a $1 million gift to build the Harris Student Design Center.

Before coming to Florida Tech, Dr. Catanese was president of Florida Atlantic University, which grew to 25,000 students on seven campuses during his leadership tenure. He was the provost of Pratt Institute in New York City, dean of the College of Architecture at the University of Florida, dean of the School of Architecture and Urban Planning at the University of Wisconsin–Milwaukee, associate dean of the School of Engineering and Environmental Design and James A. Ryder Professor at the University of Miami, and professor and director of the Center for Planning and Development at the Georgia Institute of Technology. Dr. Catanese also was a Senior Fulbright Professor at the Pontificia Universidad Javeriana in Bogota, Colombia.

He holds a bachelor’s degree from Rutgers University, a master’s degree from New York University and a doctoral degree from the University of Wisconsin–Madison. A prolific writer, he has published 13 books, 18 chapters in books and more than 100 articles and monographs. He is the recipient of numerous awards, the most recent of which include the Chief Executive Leadership Award from the Council for the Advancement and Support of Education, Trailblazer Award from Rotary International, Diversity Champion Award from the Urban League, Outstanding College President’s Award from the All-American Football Foundation, Golden Eagle Award from the Boy Scouts of America, Junior Achievement Hall of Fame, Space Coast Sports Hall of Fame, and Space Coast Business Leader.  He recently was inducted into the Florida Institute of Technology Sports Hall of Fame and the Eckerd Brevard Walk of Fame. 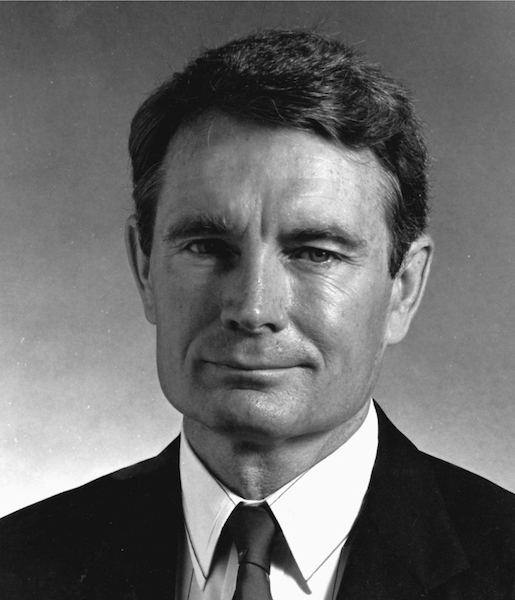 In 1987, Dr. Lynn Edward Weaver became Florida Tech's third president. Dr. Weaver received a B.S.E.E. from the University of Missouri, a M.S.E.E. from Southern Methodist University, and a Ph.D. from Purdue University. Prior to his position at Florida Tech, Dr. Weaver was the dean of engineering at Auburn University. During his distinguished career, he also served as associate dean for the College of Engineering at the University of Oklahoma and as director for the School of Nuclear Engineer and Health Physics at Georgia Institute of Technology.

Florida Tech Today Online states that during his tenure at Florida Tech, Dr. Weaver "orchestrated significant improvements in the university's academic reputation, physical plant, budget, endowment and research programs. In 1997, he was instrumental in securing for the school a $50 million grant from the F. W. Olin Foundation, which has been used to erect new buildings for engineering and life sciences and to establish number of endowed scholarships." The relationship Dr. Weaver forged with the F. W. Olin Foundation is one of many legacies he left Florida Tech.

Chair of the board of trustees, John T. Hartley, commented to Florida Tech Today Online that Dr. Weaver "put Florida Tech on the U.S. map, and the school is now recognized widely as one of the premiere technological universities in the Southeast. He believes strongly that the school is poised to make that next big leap to national prominence." 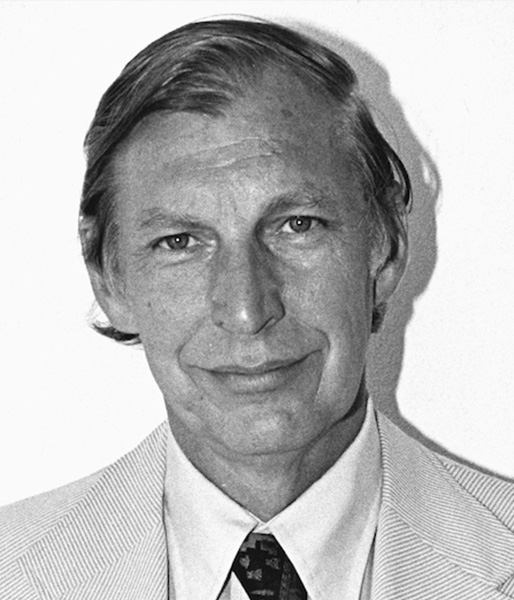 Dr. John E. Miller served as president of Florida Tech from 1986-1987. Dr. Miller was vice president for academic affairs from 1966 until 1975. According to Florida TODAY, his role "was expanded to include the duties of executive vice president," a position he held until becoming president in 1986.

Dr. Miller received a B.S. from Randolph Macon College and his M.A. and Ph.D. from the University of Virginia. Some of his outstanding accomplishments included receiving a senior science fellowship at Stanford University and the position of Distinguished Professor of Physics at Clemson University. Dr. Miller also served in the United States Army during World War II.

After his term as president of Florida Tech, Dr. Miller spent four years teaching for the physics and space sciences department before retiring from the university. 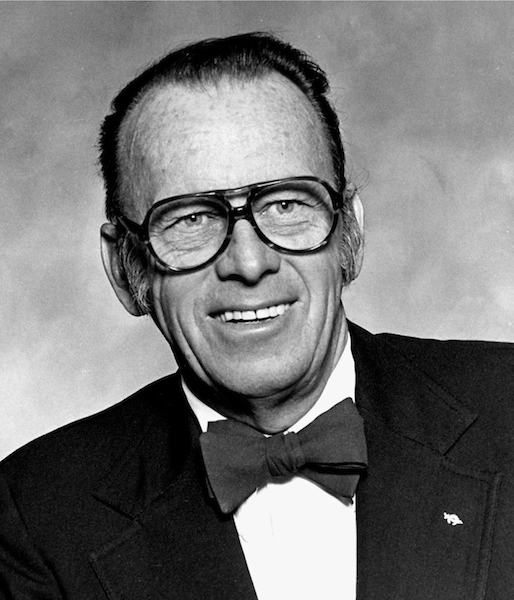 Dr. Jerome P. Keuper was the founder and first president of Florida Tech. Dr. Keuper received a B.S. from Massachusetts Institute of Technology, an M.S. from Stanford University, and a Ph.D. from the University of Virginia. According to Florida Tech Today Online, "Dr. Keuper came to the Space Coast in 1958 as chief scientist in RCA's Systems Analysis Group." His career included director of the Federal Reserve of Independent Colleges and Universities, where he also served as chair of the Council of Presidents. Dr. Keuper also served in the U.S. Army during World War II.

Dr. Lynn Weaver commented to Florida Tech Today Online, "Dr. Keuper's spirit is in every part of the Florida Tech campus. His vision, his drive to succeed and his unparalleled optimism made [Florida Tech] possible. It is a remarkable thing to create a university and Dr. Keuper was certainly a remarkable man."